Labor unions were created  because of the  unacceptable way the workers were being treated they worked insane work hours and got paid practically noting.

Knights of labor began as a secret organization and then came out in 1881. They allowed almost everyone skilled and unskilled, women and blacks. The only people banned were non producers like liquor dealers, professional gamblers, lawyers, bankers, and stockbrokers. The Knights wanted better working conditions and the 8 hour workday. They were led by Terence V. Powderly and  had some success, they got the 8 hour day in seven places and had a successful strike against Jay Gould's Wabash Railroad in 1885. The Knights became active in strikes that public image. The Haymarket Square Incident  in Chicago in 1886 were Knights strikers were  with some anarchists and a bombing happened were bystanders including police, were injured or killed. The anarchists most likely did it but the public blame on the Knights and unions. The haymarket resulted in the distrust in union and a decrease in their membership. 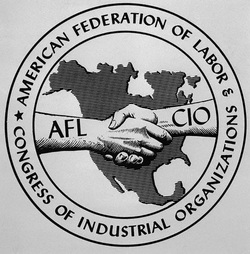 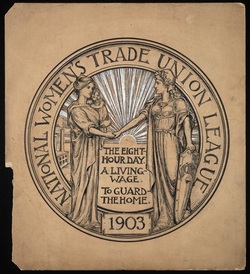 Although women were usually excluded from union movements, women employees organized and fought employers too and they formed their own labor associations. The first women's organization was the Women's Trade Union League (WTUL) it was founded in 1903 and wanted to reduced hours for female workers, sponsored educational activities, and campaigned for women's suffrage.  The WTUL advocated opening apprenticeship programs to women so they could enter skilled trades and training female workers to get leadership roles.