The living conditions during urbanization were terrible, trash piled up in the streets, drinking water was poor, sewage systems were ineffective, air quality was terrible, animal droppings were everywhere. Most people lived in Tenements in slums that were way too over-populated and unsanitary.   Getting clean air into the tenement apartments was a problem until The dumbbell apartment were created, they had an air shaft vertically down the through the building to let in air. It wasn't perfect, but was much healthier than a box shaped apartment with no air shaft. People usually moved up and out of the slums. The slums would then be re-inhabited by the next group of immigrants 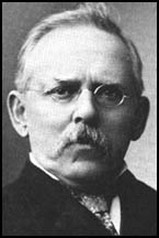 In chapter 15 of  his book "How the Other Half Lives"  Jacob Riis  mentions the terrible living conditions the children endured. He Talks about the tenements that the kids had to live in and how crowded and unsafe they were. In his book he says  " I counted the other day the little ones, up to ten years or so, in a Bayard Street tenement that for a yard has a triangular space in the center with sides fourteen or fifteen feet long, just room enough for a row of ill-smelling closets at the base of the triangle and a hydrant at the apex....... Bodies of drowned children turn up in the rivers right along sin summer whom no one seems to know anything about. "